A shuttered KFC franchise. Photo/bmm
WASHINGTON – New research shows that the turnover rate for franchise outlets in the United States over the last four years from the beginning of 2010 to the end of 2013 is 122 percent, with more leaving than opening. The good news for the industry is that franchise outlets have grown at a pace just shy of one percent a year since 2010, according to disclosure filings.
Researcher FranchiseGrade.com joins firms such as FranData and WorldFranchising.com in compiling hard data from Franchise Disclosure Documents (FDD). These are the unaudited answers from franchisors on 23 issues ranging from their bankruptcy history to how much franchise outlets in the chain make. The accuracy of these unmonitored disclosure documents, designed to inform buyers of the soundness of the franchise investment, is based on a sort of honor system among franchisors.
The International Franchise Association, a trade organization formed in 1960 by a group of franchisors, thinks that this pre-sales regulation required of franchisors works. “We feel that Franchise Disclosure Documents (FDDs) are a good source of information,” says the president of the IFA Educational Foundation, John Reynolds. “Franchisors are required to provide FDDs to franchise prospects under the Federal Trade Commission’s Franchise Rule.”

Franchise Numbers Up 1 Percent per Year, but Unit Turnover Is Alarming

Chart: BMM; Source: Franchise Disclosure Documents & FranchiseGrade.com
Franchise outlets rose by 3.8 percent over the last three years, growing from 408,118 at the end of 2010 to 423,624 by the end of 2013 (see chart). That is a 1 percent rise in outlet growth per year.
What is alarming is the high turnover rate of franchised outlets. The rate of outgoing outlets to newly opened is 122 percent in the United States. In other words, there are 122 franchises that leave for every 100 newly opened franchises.
In Item 20 of the Disclosure Document, franchisors categorize how their franchisees leave – whether the franchised outlet was terminated by the franchisor, ceased operations, was reacquired by the franchisor, was successfully transferred to a buyer at some unknown price, or was not renewed. This journal thinks that all these categories in Item 20, the Outlets and Franchise Information part of the Franchise Disclosure Document, is best described as “franchise turnover,” much like employee turnover is defined as the rate at which employees enter compared to leave a company in a given period, no matter what the reason for leaving, such as a better job offer.
Another concern for franchisees is the 40,113 franchises terminated by franchisors (see table below). That number is 30 percent of the number of newly opened outlets.
“That’s a lot of establishments in total that don’t make it from one year to the next,” says economist Francine Lafontaine, who just recently was appointed Director of the Federal Trade Commission’s Bureau of Economics.
In fairness, franchisors claim it is necessary to terminate outlets that do not adhere to operating standards and damage the brand’s reputation with consumers.
But if the high termination rate by itself weren’t bad enough, the number of franchises that gave up the ghost, which is to say ceased operations, was a whopping 43 percent if measured against the 135,298 new franchises.
Lafontaine, co-author of The Economics of Franchising, thinks the high turnover in franchise establishments explain why there is such low growth in the number of outlets of one percent a year. “It is clear that there are a lot of franchises that are ceasing operations.”
Chart: Blue MauMau; Source: FDDs & FranchiseGrade.com
Franchisee attorney Howard Bundy is alarmed by these revelations. “If one views the franchise industry as a huge matrix—where the number leaving is approximately the same as the number entering, and those who leave do so with nothing – it paints a disturbing picture. Viewed as a whole system, franchising amounts to a big machine that strips the wealth and retirement funds from America’s trusting middle class under the false pretense of being a safer way to go into business ‘for yourself.'”
On the other hand, economist Lafontaine points out that high outlet turnover is the nature of the beast. “Franchises gravitate towards retailing and service chains such as nail salons, hair dressers, cleaning services, which are all very competitive, crowded and mature industries,” she says. “These are highly competitive industries to be operating in.”
Just how competitive are they? Consider this. The average franchise owner signs a contract that runs just over ten years, according to researcher FranchiseGrade.com. With a 122 percent turnover rate of franchise outlets in just four years, many can only dream of their franchise reaching their contract’s maturity date, let alone having their franchise license renewed.
Lafontaine notes that it is important not to forget that a franchise can give an owner an edge by providing a recognized brand name and a way of doing things. “But that only goes so far,” warns the franchise scholar. There can be many things that happen beyond the control of the franchisee. “A franchise owner must work really hard to succeed, yet it still may not work out,” she says. For example, a once knowledgeable franchising firm can grow complacent in the marketplace. The franchisor can be sold to those who misunderstand the business. “The franchisor may make mistakes and end up closing. Then the franchisee is forced to be on its own, which does not bode well for franchisees,” explains the University of Michigan business school professor. 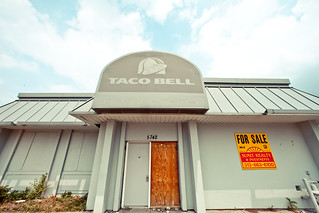 Photo by Thomas Hawk
“Owning a franchised business is not a guarantee of success,” stresses Lafontaine about the fallacy of thinking a franchise is a proven business.
FranchiseGrade.com’s founder and CEO Jeff Lefler agrees, and also emphasizes that franchises can be a source of wealth. “I’ve met with franchise owners who have done extremely well,” says Lefler. Still, he was surprised at the high turnover rates in the data. “Was it the recession that caused the higher rates of ceased operations?” he mulls. “I just don’t have the data yet.” He hopes to provide the answers as the years unfold and more disclosure documents are filed.
The sums of money that are thrown into franchises are hardly trifling. According to the researcher, an estimated $59 billion was invested from 2010 to 2013 by franchise owners.
Seattle-based attorney Howard Bundy thinks this is a call to action for the industry. “Somehow we are losing out on a lot of the potential that the franchise model promises,” writes Bundy in his recent blog entry. “It looks like we have an industry that is focused on selling franchises rather than on supporting franchisees and helping them to achieve success.”

For the Stat Wonks: Methodology

For this first report, FranchiseGrade.com compiled Item 20 outlet information from 1,695 Franchise Disclosure Documents that active franchise systems filled out no later than 2013. The 1,695 systems are from a total of 2,430 franchise systems that have advertised to recruit franchise buyers in various media, such as industry websites, advertising portals and International Franchise Association publications — or filed FDDs in registration states. Data was aggregated to ten franchise sectors so that franchise systems could be graded against their competitors and sectors.
Is the report on franchise unit turnover accurate?
Chart: BMM; Source: FranchiseGrade.com & FDDs
The International Franchise Association answers that it would need to see FranchiseGrade.com’s full report before being able to comment on the accuracy of its data and methodology. “We do work closely with FranData reports,” replies the IFA Educational Foundation’s president John Reynolds, mentioning a company similar to FranchiseGrade.com that also compiles statistics based on FDDs.
Lafontaine quickly spot-checks the accuracy of the report by using the last U.S. Census number for franchises. “The census records that there were 380,000 business format franchise establishments,” she says. The professor observes that FranchiseGrade.com’s numbers for each year are reassuring in that they are roughly consistent with what we would currently expect to see based on what we officially know – the 2007 U.S. census number for business format franchise establishments.
FranchiseGrade.com’s Lefler concurs, “In 2007 they [the U.S. Census] had 380,000. In 2010 we had 408,000. Not far off!”
Lafontaine observes that large franchisors are sometimes exempt from filing disclosure documents in certain registration states. If the franchisors that are missing were big systems with many outlets, the present narrow gap between research figures and the census numbers would be wider, skewing the results. “But if the 700 missing franchisors are small franchise systems, then the survey results are not surprising.” 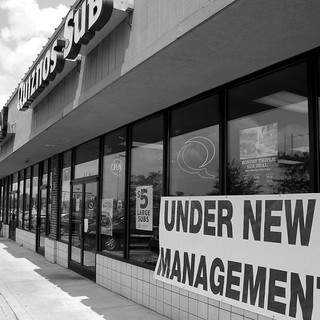