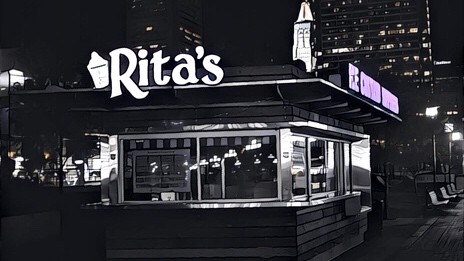 Private equity firms Argosy and MTN Capital announced Tuesday that they have snatched up a controlling stake in Pennsylvania-based Rita’s Franchise Company, LLC from the portfolio of Falconhead Capital. Argosy’s founding partner, Kirk Griswold, will become Rita’s chairman of the board while Jeff Moody remains as Rita’s president and chief executive.
The amount of the deal was not disclosed.
Moody became Rita’s chief executive officer in 2013. He is the former chief executive of the Subway Franchisee Advertising Fund Trust, back in the day when it was a franchisee-owned cooperative. From 2005 to 2007, Moody served as the president of the now insolvent and liquidated franchisor Metromedia Restaurant Group, Inc.. He has also been the U.S. president of KFC and division vice president of Pizza Hut U.S..

Years of net losses for Rita’s

The quick-service restaurant concept was named after founder Bob Tumulo’s mother Rita. After Tumulo in 2004 cashed out of his franchising creation, Rita’s has been sold three times to private equity firms. That is to say Rita’s franchisees have seen four different owners and leaders of their franchisor in twelve years as each private equity firm sought to offload its holding to the next in its buy and sell investment cycle.

Rita’s Holdings has had years of net losses (see chart). In its latest franchise disclosure filing of July 2016, which document is required by various states for Rita’s to receive state permission to sell franchises there, Rita’s only included its 2014 financial statements for franchisee buyers in 2016, Buyers use these financial statements to assess the financial health of the franchisor when they assess the risk of the franchise and its brand. When the income statement from 2015 does not appear, franchise buyers become concerned on why it could not be prepared in time for the company’s mid-2016 filing.
For years, Minnesota’s Department of Commerce required an escrow deposit from the franchisor as a condition of Rita’s being permitted to sell franchises there. Rita’s has special requirements by the state placed on them that “they will either defer payment of the [franchise] fees until the franchisee opens the business, impound the fees until the business opens or purchase a surety bond.”

“Falconhead and the executive leadership team have done a tremendous job growing this once regional brand nationally, and even internationally,” said Argosy’s founder Kirk Griswold.
Griswold is talking about how Rita’s has clipped along in selling franchises domestically and its recent efforts to sell sub-franchisor licenses abroad. Although Rita’s has no company stores, it has been able to grow its U.S. franchise base from 545 at the end of 2011 to nearly 600 by the end of 2016. Back in 2013, it opened its first international outlet in Shenzhen, China, a city bordering Hong Kong. China is not listed in the company’s 2017 press release but Rita’s does tout that it now has international outlets in the Philippines, Canada and the Middle East.
As 2017 unfolds, the franchisor looks to be placing an emphasis on its area representative program. The company confusingly calls these “area developers”, which is a term that regulators, lawyers and the industry use to describe something else – a franchisee who commits to and builds out multiple of its own company outlets within its territory. Unlike other types of single or multiunit franchise owners, area representatives sell franchises and support them in exchange for a piece of the action – the fees and royalties that franchisees within its territory pay to the franchisor. Rita’s has grown its area representatives from 3 in 2012 to now nearly 30 at the start of 2017.
Rita’s has been unwilling to disclose how much profits an average area representative earns. It will not even disclose the top-line sales that it measures and draws royalties from. How much can an area representative reasonably expect to make is one of the first things a buyer must address. “Rita’s does not make any financial performance representations. We also do not authorize our employees or representatives to make any such representations either orally or in writing,” it declares in its latest Franchise Disclosure Document to remove itself of any liability from secret whisperings. That puts potential area representatives, its “area developer” investors at a strong disadvantage in understanding the earning or losing power of what they are buying.
The company looks to aggressively sell franchising licenses to international sub-franchisors as well.
“We’re looking forward to working with Rita’s management team and devoted franchise partners to continue the company’s growth and extend its guest loyalty and unique brand equity to each and every store, systemwide,” said Griswold.

How to read an FDD – And spot “Red Flags”

Florida begins to get it right…Franchisee Protection.